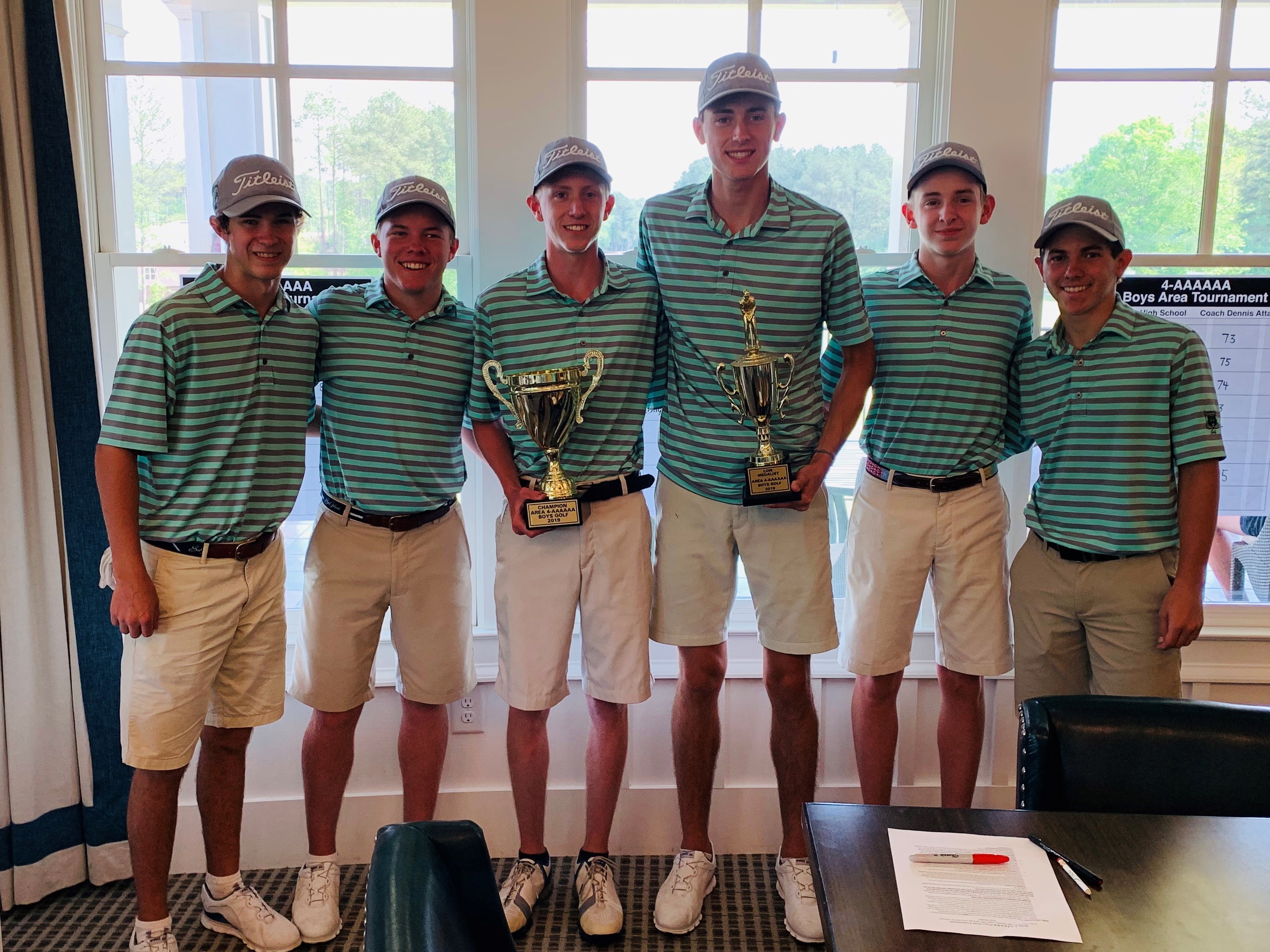 What a day!! Guys showed up and played their tails off. It was a dog fight all the way until the end with Dalton and Harrison, who both played exceptional golf. Because of all the hard work and time put in all season long by our guys they were able to win their 3rd straight Area Championship. We were led by the Individual Area Champ, Jack Vajda. Jack shot an absolutely amazing round of 68, 4 under par. Luke Ledford made a great birdie on 18 to shoot an awesome 1 under par, 71. Josh Ledford, playing in his first Area Championship, came through big for us and shot a 75. Then we had Tyler Latimer and Price Hollingsworth seal the deal for us with both of them shooting 77.

No Events This Week

Events are added by athletic staff.
View All Events