The Creekview Lady Grizzlies Softball team has advanced to the Region 6-AAAAAA Championship Game.  Under the leadership of new Head Coach, Jennifer Maloney, the Grizzlies have bought in and kept pace with the tradition of winning that has been established in the Creekview Program.  The program graduated 13 seniors from the 2018 team, which contained a group of players that finished State Runner-Up in 2016, State Champion in 2017, and lost out narrowly in the first round to State Runner-Up Pope in 2018.  This new generation of Grizzlies have bonded and are making a name for themselves as they keep the excellence of winning alive and well in the 2019 campaign.  They have compiled a record of 22-4 (Overall) and 18-0 (Region).  Creekview will face the winner of  the Semi Final round #3 seed River Ridge vs #2 seed Harrison.  The Region Tournament will finish up on Wednesday October 2nd with the Semi Finals at 4:00pm, followed by the Championship Game to take place at 6:00pm.  The if necessary game is scheduled for  8:00pm.  All games will take place at Creekview High School.

Creekview has also secured a spot in the Georgia Class AAAAAA State Playoffs and will host during the first round at Creekview on October 8 with the game times to be announced. 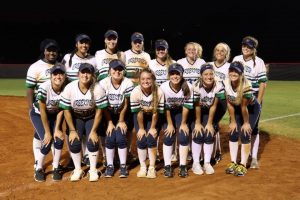